NOT EVERYONE RENTS THEIR MEXICO PROPERTY DURING THE SUMMER MONTHS………….

HOWEVER, IF YOU ARE CONSIDERING RENTAL INCOME FOR THOSE “HIGH SEASON” MONTHS,

DO IT NOW!    ENROLL in the program, get the documents in order so no time is lost when you begin collecting the rents!

Pay only the set up fee and 4th quarter fee now,  and begin your tax payment program on October 1, 2016! 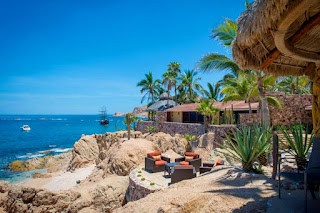 Why declare and pay taxes on Mexico rental revenues?

FOREIGNERS ARE OBLIGATED TO PAY TAXES ON INCOME GENERATED IN MEXICO.  Mexico’s tax law is patterned after those of the United States and Canada (world rental system) which states in the First Article::
Article One: Physical persons (individuals) and legal persons (companies) are obligated to pay an income tax in the following cases:
I           Residents of Mexico, must report and pay on all income no matter where the source is located;
II.         Those with residence in a foreign country with a property in Mexico must report and pay on all income generated from that Mexican property.

If you own a property in Mexico and rent it often or only occasionally,  ENJOY your rental income and SLEEP EASILY KNOWING YOU HAVE COMPLIED WITH MEXICAN TAX LAWS!

The Settlement Company® with many years of experience in the transfer of titles and resolution of problems related to title, is able to assist you in receiving your funds in an escrow account, complying with your fiscal obligations in Mexico, providing you with the overage and the documents you require in your country of residence to avoid double taxation!

Under Mexican law,  all income generated from properties located within Mexican territory is subject to taxation, even if the owners are foreigners and even if all funds are collected in accounts located outside Mexico.   For many years it has been a major issue for both Mexican tax authorities and individuals attempting to comply.  For years a Federal Taxpayer ID was required to file and pay the tax.   In order to obtain this tax ID one needed to be a resident of Mexico.    This was lose-lose for both the authorities and the foreigners who were willing to pay but baffled by the issues involved to “get legitimate”.

After more than five years of Settlement Company® dialogue with Mexican tax officials, a resolution was made in which the foreign property owner could appoint a Mexican company to pay his or her taxes and dispense with all other formalities.  This has become reality!   Mexican authorities are now looking seriously to collect this long-neglected source of tax revenue and foreigners not only are lining up to pay but also to receive the receipts for payment of the taxes which can then be credited against taxes paid in their native country under the terms of the NAFTA treaty.  Remember! no double taxation is permitted under the terms of the treaty!

If you have a rental property in Mexico contact us for details.  ddnelson@hgmail.com