You can pay 28 on the net profit on the sale of Mexican property to the Hacienda or chose to pay 25% on the gross proceeds from the sale. This is not as bad as it seems since your cost basis is adjusted up for inflation over the years that you own the property.  Read the details of the Mexican tax on property sales as set forth HERE by Snell Real Estate in Cabo San Lucas.

You do get to claim this tax as a credit against your US tax on the gain (if you owned the property individually or through a fideicomiso) which does avoid double taxation.

If you own the property in your individual name or through a fideicomiso, you can utilize or US tax purposes the $500,000 gain exemption if married (or $250,000 if you are single) on sale if you occupied it for 2 out of the last five years as your primary residence.  The primary residence gain exclusion has much tougher requirements under Mexican tax law, but those rules do not apply for US tax purposes.

The surprise arises when you sell your Mexican property that was held in a Fideicomiso and you failed to file the IRS required forms 3520 and 3520A each year.  You could incur substantial penalties for failing to file those forms or all of the years you owned the property. Sometimes those penalties can be abated.

Another problem arises when you held your Mexican real estate through a Mexican corporation and you or other US taxpayers owned more than 50% of that corporation.  Due to that manner of ownership, it could prevent you from claiming the foreign tax credit for the Mexican capital gains taxes you paid and cause you to pay high US taxes on the gain when it is distributed from your corporation which is often double taxation.

What is the solution?  When you purchase property in a Mexican corporation make certain it is the corporation known as SRL de CV.  That Mexican entity (and none other) is eligible or US tax purposes  to elect flow through status (for US tax purposes only- this election does not affect the Mexican taxes) which means any gains on sales will be taxed at US capital gains rates (if you held the property for more than a year) and you can offset that tax with the Mexican gains tax you paid on sale.  It totally avoids any possibility of double taxation.  Ask us how.
Posted by Don D. Nelson at 6:59 PM No comments:

This Article from  CNBC describes  the less than ethical actions (or perhaps straightforward)  of the IRS in connection with the 2009 and 2011 Voluntary Disclosure Program.  Many taxpayers paid more than they had to pay if they had not entered the program and the IRS took it!  The Taxpayer Advocate Office of the IRS whose job it is to monitor the IRS and correct problems, errors and this type of actions included this information in their report to Congress.  READ ARTICLE HERE

The IRS has announced a new Offshore Disclosure Program for 2012 and perhaps beyond which will  be mostly the same as the 2011 program with some changes which the IRS has stated they will provide further details in the next few weeks.  It is not too late to enter the program and perhaps reduce your penalties.  With proper representation by an experienced Attorney and CPA, you will be protected from the IRS "Bait and Switch."
Posted by Don D. Nelson at 4:47 PM No comments:

Remember under the US / Mexican tax treaties the IRS can obtain information on all US Gringos that own Mexican corporations, bank accounts or Fideicomisos and compare them with those filed and then assess the huge penalties allowed by US Tax law for not filing these forms.  Also under FATCA almost all Mexican banks will shortly start sending the IRS lists of their US depositors.  It is now the time to start filing these forms before it becomes more serious and expensive.

The IRS reopened the Offshore Voluntary Disclosure Program (OVDP) following continued strong interest from taxpayers after the closure of the 2011 and 2009 programs. The third offshore program comes as the IRS continues working on a wide range of international tax issues and follows ongoing efforts with the Justice Department to pursue criminal prosecution of international tax evasion. This program will be open for an indefinite period until otherwise announced.

“Our focus on offshore tax evasion continues to produce strong, substantial results for the nation’s taxpayers,” said IRS Commissioner Doug Shulman. “We have billions of dollars in hand from our previous efforts, and we have more people wanting to come in and get right with the government. This new program makes good sense for taxpayers still hiding assets overseas and for the nation’s tax system.” 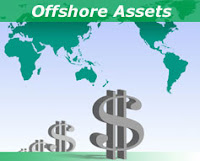 The program is similar to the 2011 program in many ways, but with a few key differences. Unlike last year, there is no set deadline for people to apply. However, the terms of the program could change at any time going forward. For example, the IRS may increase penalties in the program for all or some taxpayers or defined classes of taxpayers – or decide to end the program entirely at any point.

“As we’ve said all along, people need to come in and get right with us before we find you,” Shulman said. “We are following more leads and the risk for people who do not come in continues to increase.”
The third offshore effort comes as Shulman also announced today the IRS has collected $3.4 billion so far from people who participated in the 2009 offshore program, reflecting closures of about 95 percent of the cases from the 2009 program. On top of that, the IRS has collected an additional $1 billion from up front payments required under the 2011 program.  That number will grow as the IRS processes the 2011 cases.
In all, the IRS has seen 33,000 voluntary disclosures from the 2009 and 2011 offshore initiatives. Since the 2011 program closed last September, hundreds of taxpayers have come forward to make voluntary disclosures. Those who have come in since the 2011 program closed last year will be able to be treated under the provisions of the new OVDP program.

With a few key differences, this OVDI is similar to the 2011 program, through which participating taxpayers could escape potential criminal prosecution by filing missing tax returns and paying tax, penalties and interest. Unlike the prior program, there is no set deadline for taxpayers to apply. It is important to note, however, that the terms of the program could change at any time. For example, the IRS could decide to end the program entirely at any point, or to increase the penalties for all or some of the taxpayers or defined classes of taxpayers.
The overall penalty structure for the new program mirrors that of the 2011 program, except the highest penalty rate is increased from 25 percent to 27.5 percent of the highest aggregate balance in foreign bank accounts/entities or value of foreign assets during the eight full tax years prior to the disclosure. During the 2011 program, the highest penalty was 25 percent. Similar to the 2011 program, some taxpayers will be eligible for 5 or 12.5 percent penalties. Also similar to the prior programs, taxpayers who feel that the penalty is disproportionate may opt instead to be examined. Taxpayers who wish to participate must file all original and amended tax returns and include payment for back taxes and interest for up to eight years, as well as pay accuracy-related and/or delinquency penalties.
The IRS is going to release more precise details on the new program within the next few weeks.
Posted by Don D. Nelson at 3:34 PM No comments: