Summary of Mexicos New Tax Laws- Everyone will pay more

Both houses of the Mexican legislature have passed a new tax law that will become in effect once the President signs it into law.  He is expected to do so.  Capital gains and dividends are now taxed.  Income tax rates increase and Baja California will now pay the full 16% Value Added Tax. Read the details HERE.

This is going to raise the tax burden in many ways on almost all Gringos in Mexico.  However the increased taxes on dividends, stock sale capital gains, income, etc. are all creditable against your US tax on the same income.
Posted by Don D. Nelson at 7:00 PM No comments:

Both houses of the Mexican legislature have passed a new tax law that will become in effect once the President signs it into law.  He is expected to do so.  Capital gains and dividends are now taxed.  Income tax rates increase and Baja California will now pay the full 16% Value Added Tax.  Read the details HERE.

This is going to raise the tax burden in many ways on almost all Gringos in Mexico.  However the increased taxes on dividends, stock sale capital gains, income, etc. are all creditable against your US tax on the same income.
Posted by Don D. Nelson at 6:56 PM No comments:

After 10 years of controversy and refusals to make a ruling, the IRS has finally ruled that most Fideicomiso's in Mexico are not foreign trusts required to file Forms 3520 and 3520A.

Revenue Ruling 2013-14 describes a typical fideicomiso or Mexican Land Trust (MLT) and concludes that the arrangement is not a trust within the meaning of § 301.7704-4(a)   You should read this ruling carefully since it only applies to the situations described therein. If you have Fideicomiso that falls outside the the ones described in this ruling, you may still be a foreign trust under US tax law and be required to file special forms.

Individual X owned a property in Baja California along the coast for about 14 years. During that time he built it up and made lots of improvements. Never got receipts or kept records of the costs of the improvements  Several years ago he sold it for about 1.6 million US dollars, but since he was told no one every told the IRS about sales of property in Mexico he did not include that sale on his US tax returns.  Also due to a helpful notary when he sold the property he paid very little capital gains taxes to Mexico on his large gain.

A year following the sale the IRS decided to audit because  sale of his Mexican property  was not reported on his US.  No one has ever determined how they found out about that sale, but they did have a lot of information on it.  X could not blame his accountant because he never told him about the sale.  The auditor told X he thought he should report the sale to the IRS Criminal Investigation Division but continued to conduct the audit of his return.  X had many problems in that audit:


If X had kept good written records of the significant improvements made to the real estate, and paid the Mexican capital gain taxes which would normally be assessed (without the helpful Notary) he would have most likely owed no US taxes on the gain on sale.

At the conclusion of the audit, as a result of  innovative representation from X's attorney and CPA, and the good luck of have been assigned to a compassionate IRS auditor (this does not always happen) all he had to pay  were the taxes, interest and penalties. He did not get criminally prosecuted for tax fraud and go to jail for 5 years which would most likely happen to US taxpayers under these factual circumstances.

If you have failed to report real estates sales in Mexico, or rental income, or are purchasing real estate contact us to learn more about your options and how to solve past non-reporting problems.

Most expats in Mexico understand that under US FATCA law the banks in Mexico will be reporting the the foreign bank accounts held by US taxpayers and green card holders to the IRS.  Many have felt that their accounts with INTERCAM, MONEX and other non bank financial institutions in Mexico are safe from IRS scrutiny. Suddenly,  that is no longer the case.

The IRS has started to issue John Doe Court Subpoena's to US Banks that act as clearing houses (or correspondence banks) for foreign financial companies including stock brokers, money exchange companies, etc ordering them. to provide the IRS with records that will identify US taxpayers with
foreign financial accounts.

The IRS will then match the documents received pursuant to the subpoena with those who have filed FBAR forms (TDF 90-22.1) and for those who have not reported those foreign financial accounts will impose penalties of $10,000 or more and possibly seek criminal prosecution.  Recently the IRS convicted an 89 year old lady for not reporting her foreign bank accounts. 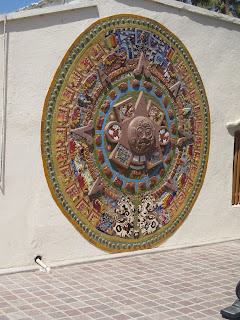 It does not appear the IRS has yet  started this procedure on Mexican accounts but no doubt they will begin soon. Therefore there is still time to file your FBAR forms for current and past years under the existing Offshore Disclosure Program or other methods that are available to avoid or reduce penalties.

We have helped well over a hundred expats living in Mexico catch up and successfully avoid or reduce penalties. We can also help you.  Visit our website at www.TaxMeLess.com  for more information and for help.

Remember your 2012 FBAR form must be received by the IRS prior to 6/30/13.  It cannot be extended.  In many situations you may have to also report those accounts on Form 8938 filed with your personal tax return also.
Posted by Don D. Nelson at 8:19 AM No comments:

Mexico May Eliminate Need for Fideicomisos to Purchase Real Estate When Owned by Americans and Canadians.

The Mexico Chamber of Deputies has voted to eliminate the requirement that foreigners purchase property through Fideicomiso (Trusts) when it is located in the restricted zone (within 50 kilometers of the Ocean and 100 Kilometers of the Border). This law change still must go to the Mexican Senate and be approved by all states.  Could be big resistance to the change from all of the Banks and Attorneys that make large sums of money each year from Fideicomisos.  READ MORE HERE.
Posted by Don D. Nelson at 1:01 PM No comments:

2013 Mexican Tax Reform Law
Mexico introduced a comprehensive tax amnesty as part of the 2013 tax reform published in the Mexican official gazette on December 17, 2013. Under the program 80 to 100 percent of federal tax debt and related penalties incurred by companies and individuals are forgiven upon request of the taxpayers. Tax penalties for 2012 and 2013, other than penalties for failure to pay the tax, are also reduced by 60 percent.
General conditions. Under the tax amnesty program initiated by the Mexican tax authority (Servicio de Administración Tributaria - SAT) 80 to 100 percent of tax debt of individuals and entities will be forgiven based on the taxpayer's request to the extent the tax debt originated from tax obligations incurred before January 1, 2007.
The amnesty program also allows for a 60 percent reduction of penalties, other than penalties for failure to pay the tax, for the years 2012 and 2013 to the extent such penalties are paid within 30 days of receiving the tax authorities' notification about the penalties.
The amnesty program is part of the 2013 tax reform law (Ley de Ingresos) that was approved by the Mexican parliament on December 13, 2012.
Scope of the amnesty. The tax debt that is covered by the amnesty may be due to omission of income; failure to pay federal income tax or trade import duties (cuotas compensatorias); inflationary interest and penalties regarding either the federal tax or trade import duties; and penalties due to the failure to comply with federal tax obligations other than the payment of the tax (e.g. reporting obligations).
Taxpayers, that have been under SAT audit for tax years 2009, 2010 and 2011 and where the SAT determined as a result of the audit that there had been no tax deficiency or where the taxpayer paid the tax deficiency found by the SAT, will be granted a 100 percent forgiveness of the pre-2007 tax debt.
Mechanics for requesting tax forgiveness. Taxpayers may request the forgiveness of their tax debt by submitting a written application to local office of the SAT corresponding to the taxpayer's domicile or corporate seat.

U.S. corporations or owners of Mexican corporations with operations in Mexico should carefully review their federal tax and trade import duty situation in Mexico for the years involved. Applying for the tax amnesty may result in significant tax savings. The tax amnesty seems to also apply to tax amounts that are under dispute with the Mexican tax authority including amounts that are being litigated in court. Obtaining forgiveness for disputed amounts may bring further savings as it would eliminate dispute and litigation costs.