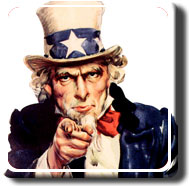 Penalty framework of 2011 Program. The new memo from IRS's Deputy Commissioner for Services explains how IRS personnel should execute agreements to resolve tax liabilities related to offshore issues of taxpayers who make voluntary disclosure requests under the second settlement offer. It applies to all offshore voluntary disclosures received after the close of the 2009 OVDI.

Observation: When the first settlement offer was extended to Oct. 15, 2009, IRS made a point of saying that there would be no further extensions and reiterated that taxpayers who did not voluntarily disclose their hidden accounts by the new deadline faced much harsher civil penalties, where applicable, and possible criminal prosecution (see Federal Taxes Weekly Alert 09/24/2009).

For taxpayers that make voluntary disclosure requests, and fully cooperate with IRS both civilly and criminally, the agreements are to take the following shape:
·       All taxes and interest due for 2003—2010 are to be assessed. However, for accounts opened or received within this period, all taxes and interest due starting with the year the account opened or was received are to be assessed. The taxpayer also must file or amend all returns, including information returns and Form TOF 90-22.1, Report of Foreign Bank and Financial Accounts, commonly known as an FBAR.
·       An accuracy-related penalty must be assessed on all years (no reasonable cause exception may be applied), and failure-to-file and failure-to-pay penalties also must be assessed, where applicable.
·       Instead of all other penalties that may apply, including FBAR and information return penalties, an offshore penalty is to be assessed equal to 25% (or 12.5% or 5% if required conditions are met) of the amount in foreign financial accounts/entities and the value of foreign assets acquired with untaxed funds or producing untaxed income in the year with the highest aggregate account/asset value.
The 25% penalty is reduced to 12.5% if the taxpayer's highest aggregate account balance (including the fair market value of assets in undisclosed offshore entities and the fair market value of any foreign assets that were either acquired with improperly untaxed funds or produced improperly untaxed income) in each of the years covered by the 2011 OVDI is less than $75,000.
The 25% penalty is reduced to 5% if the taxpayer: (a) did not open or cause the account to be opened (unless a new account had to be opened upon the death of the owner of the account); (b) exercised minimal, infrequent contact with the account (e.g., to request the account balance); (c) didn't, except for a withdrawal closing the account and transferring the funds to a U.S. account, withdraw more than $1,000 from the account in any year covered by the voluntary disclosure; and (d) can establish that all applicable U.S. taxes have been paid on funds deposited to the account (only account earnings have escaped U.S. tax). For funds deposited before Jan. 1, '91, if no information is available to establish whether such funds were appropriately taxed, it will be presumed that they were. The penalty is also reduced to 5% for taxpayers who are foreign residents and who were unaware that they were U.S. citizens.
The new memo says examiners and their managers have no authority to negotiate different offshore penalty percentages for 2011 OVDI cases.
Refund in the works for some? The new memo says that taxpayers who participated in the 2009 OVDI (whose cases have been resolved and closed with a Form 906 closing agreement) who believe the facts of their case qualify them for the 5% or 12.5% reduced penalty criteria of the 2011 OVDI, but who paid a higher penalty amount under the original settlement agreement, should inform IRS. Upon receipt of this information, the case must be assigned to an examiner to review and make a determination. If a 2009 OVDI case is still open and the facts meet the criteria for the reduced 5% or 12.5% penalty of the 2011 OVDI, the examiner is to assert the reduced penalty as appropriate.
The memo says more guidance will be forthcoming regarding applications of the 2011 OVDI rules to 2009 OVDI cases.
The Memorandum can be viewed on the IRS website at http://www.irs.gov/pub/newsroom/2011_ovdi_field_directive_memo_signed.pdf.
Posted by Don D. Nelson at 10:56 AM No comments:

Form 3520A is due on 3/15/11 to comply with IRS requirements for reporting your Fideicomiso. That form can be extended until 9/15/11 if you file form 7004 by that due date. The related Form 3520 is due on the extended due date of your personal tax return.

If you have a US Corporation or LLC, those returns are due on 3/15/11 also for the 2010 tax year unless you file for an extension. There are now stiff penalties for not filing these returns on a timely basis based on the number of months it is filed late and the number of shareholders or members of the entity.
Posted by Don D. Nelson at 10:15 AM No comments: