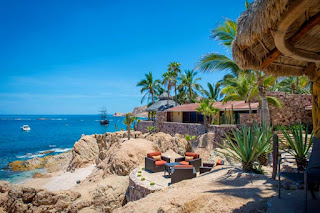 US TAXES ARE ALSO DUE:  Many Americans do not report their rental property on their US tax return.  It must be reported or you will incur severe penalties.  You may also have to file special forms if you have a foreign bank account , have a foreign corporation, or have significant foreign financial assets. The penalties for not filing these special foreign reporting forms are also large. Often $10,000 or more. There are techniques available to surface with the IRS with your Mexican property and other foreign assets and avoid penalties. We can help.

Want to learn more about paying rental taxes in Mexico and handling the rental on your US tax return. Contact us a ddnelson@gmail.com or phone US 949-480-1235.
Posted by Don D. Nelson at 10:12 AM No comments: